You know when something unexpectedly horrible happens and your immediate response is to let out a loud expletive?  Well, mine is, “Holy CRAP!”

I don’t mean to say it.  It just comes out.  My teenage son is quite offended by it and constantly reminds me that, “crap is NOT holy, Mom!”  I heard Bill Johnson say that if we really understood the holiness of God, we would never pair the word “holy” with the word, “crap.”

My young children sometimes exclaim, “Holy Crap!” when they are upset about something, and I admit that it sounds very uncouth and disrespectful…and they learned it from listening to me!

Ok, point taken!  This is not what should be slipping out of my mouth at inopportune times.  I should have better sentiments in my heart to express.

That same teenage son began to say, “Oh nards!” He would say it very loudly with a smile on his face because it is such a humorous phrase.

I adopted “nards!” as my “swear” word of choice.  Whenever something annoying or dreadful happened, I would exclaim, “OH NARDS!”  It was so fun to say and so funny to hear that I would burst out laughing.  I would amuse myself to the point that the disaster no longer seemed so disastrous.  (As Joseph Garlington says, “If it’s going to be funny later, it’s funny now.”) The children would begin laughing as well.  My husband would chuckle at me and shake his head, wondering what had gotten in to me.

I continued this, “Oh nards!” business for months before I thought, “Perhaps there is some significance to this word that God would want to speak to me about.”

I looked up “nards” on Google and found that it is short for spikenard, a plant used for medicinal purposes.  It is antibacterial, anti-fungal, and anti-inflammatory. 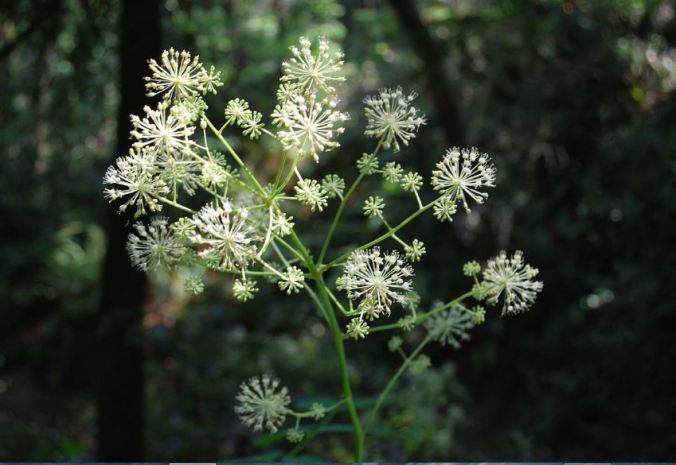 It is also the star of that beautiful Bible story in John 12 when Mary pours the pure nard on the feet of Jesus and the entire house was filled the fragrance of the perfume. The story (or perhaps a very similar but separate story) is also told in Matt 26.

Now while Jesus was at Bethany in the house of Simon the leper, a woman came to him with an alabaster jar of very costly ointment, and she poured it on his head as he sat at the table.  But when the disciples saw it, they were angry and said, “Why this waste?  For this ointment could have been sold for a large sum, and the money given to the poor.” But Jesus, aware of this, said to them, “Why do you trouble the woman? She has performed a good service for me.  For you always have the poor with you, but you will not always have me.  By pouring this ointment on my body she has prepared me for burial.  Truly I tell you, wherever this good news is proclaimed in the whole world, what she has done will be told in remembrance of her.”

It was clear that Mary loved Jesus deeply and wanted to demonstrate her gratitude and worship.  Perhaps she had planned this act, weighing what it would cost her to do so and judging that the cost was worth it.  Or perhaps she was so overcome with emotion that she impulsively grabbed her most precious possession and poured it out.  Either way, she deeply touched Jesus and ministered to Him just days before His crucifixion.  She had made a choice to lavish her love on Him despite what it cost her.

When the unexpected happens in my life and I shout out, “OH NARDS!” it is not quite the same as Mary.  When the child drops dinner on the floor or the teenager leaves the bathroom a mess or UPS has Chris work his 3rd 14 hour day, this is not my choice.  These circumstances have been forced upon me, and I have the right to be angry!

What if I would make the choice to accept the circumstances with joy and worship God anyway?  Then perhaps my, “OH NARDS!” could be turned into the alabaster jar of Mary, ministering to Jesus with my love.

I read one article on the internet that spoke about the extravagant amount of nard that was poured out, probably 11 oz.  Anyone who uses essential oils knows how strong they are.  A few drops is all you need.  The fragrance of 11 oz. would have been enough to be noticed for quite a distance around the house.  If Jesus was to wash in a pool right afterwards, a thousand people could wash after him and leave with the expensive aroma.

Imagine all of that nard being absorbed into Jesus’ skin.  He must have smelled like spikenard for days!  Jesus did say that Mary was preparing him for his burial.  I always thought he was just speaking about the symbolic of the use of herbs in burial customs.  Days later when he was betrayed, arrested, abandoned, beaten, put on trial, ridiculed, whipped, and crucified…

I bet Jesus still carried the aroma of spikenard!  In His darkness hours, He smelled like perfume.  All who came in contact with this simple, poor man from Nazareth would catch a whiff of this very expensive oil.  As the people watched Him take the accusations without fear or anger, they could smell Him.  As they watched Him patiently endure suffering, they noticed the unusual aroma.  It was the fragrance of a King, not a common man.  It was a heavenly smell in the midst of tragic circumstances.

This smell of pure nard would forever be imprinted on their brains as the smell of the most unusual trial and execution they had ever seen.  For the rest of their lives, whenever they would catch a whiff of it, they would remember.  Maybe God could even bring them to the place of faith, recognizing the King and Savior Jesus in the form of a beaten and bloodied criminal.

When I encounter trials that make me want to cry out in disgust, “Why all this waste?!!”  perhaps I should worship instead.

When my husband is suffering with an excruciating headache for a week, unable to work or participate in much of normal life, my mind starts to say;

“Why couldn’t this have been a vacation from work to enjoy camping as a family?  We won’t get to take that vacation now.  Our budget only works if Chris is working.  How long will it be before he can start working again…days, weeks, months?  We are not even sure what is causing the pain or how to get rid of it.  I hate to see him suffering! What a waste!”

I have come to know God better than that.  Nothing is wasted in His kingdom.  He can use any circumstance for our good and for our promotion.  I can trust Him and worship Him in this.

For all of us, this pure nard should remind us that in the midst of suffering, we can love and worship.  And when we worship we release the distinctive aroma of our King…and the atmosphere of heaven.