It would be in the cool of the evening when Chris and I would slip out to walk together, by ourselves.  This was a special treat.  It is hard to get time alone to talk and even harder to leave the house without some tag-alongs when you have 9 children.  I hadn’t been up to walking much in the past year, being pregnant and then recovering from having a C-section.  In the weeks following my surgery, Chris had encouraged me to walk with him.  It was spring and the weather was so lovely…but I wasn’t feeling up to it, and the truth was…I was afraid.  Afraid that I would be too tired to make it very far, afraid that my large incision would hurt and feel like it was busting open. The truth was, I was fighting the sorrow of having a C-section rather than the natural birth I had dreamed of, and I was still so very tired.

Chris kept pushing me out of my comfort zone (like he always does) and practically forced me to start walking.

“We will just go around the block and we can always stop and go back if you get too tired,” he wisely coaxed me.

So it began.  First just a short walk up the street and back, then around the block, then to the elementary school, and the all around the neighborhood.  The children got used to our nightly outings after supper, and older ones took care of the younger ones back at the house.

Chris and I got the glorious opportunity to clear our minds in the cool evening air. We would talk about our day and the children.  We were drawing closer to each other, and I could feel the depression lifting off of me.  I also thought I saw it lifting off of Chris as well.  He had been struggling the past 3 and a half years.  Almost four years ago was when we had purchased Signarama, a small sign shop down the street from our house.

We didn’t have experience in the sign industry, and we didn’t have a lot of start-up capital, nor was anyone willing to give us a loan or a decent line of credit. This was one of Chris’ big dreams, and we were crazy enough to take the leap into the unknown, believing that God had led us.

In the midst of the struggle, we saw that God was working.  He saved us from having to close the doors three times.  We would get to the point where we had no more money to continue, could see no way out, and then God would do something miraculous. Singarama would remain to make signs for another day…and Chris would keep on fighting.

All through my pregnancy, time in the hospital for the C-section, and my slow recovery; Chris and I were both worn out, battling depression, and weary of fighting.  The business was failing again.

Yet when we took our walks together, we discussed all of these things and the weariness would lift a bit.  We enjoyed walking down the tree-lined streets and looking at the beautiful older homes in our neighborhood, each one unique and full of character.  Then we would follow a path through green rolling hills and marvel at the colors that the sunset had painted onto a perfect sky.

The fact that all this majesty was found in a cemetery didn’t diminish it, but rather added to it.  The headstones had their own sublime beauty in the light of the setting sun.  Some were old and others were very recent.  Some had statues of angels…

others were without any embellishment at all.  But all of them represented a life that had been celebrated by those who were left behind.  They were a memorial of the death of one who was loved.

How fitting for us to be walking among these gravestones as we discussed the death of Signarama. 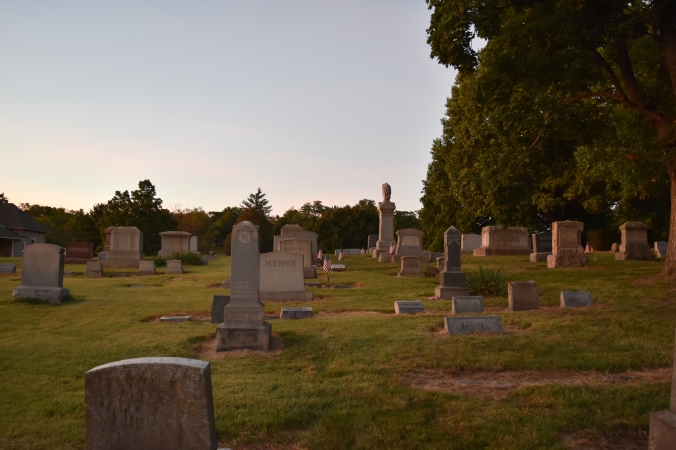 During the long days of fighting for Signarama, having to close the shop had felt like the worst possible thing that could happen.

Yet as we discussed the inevitability of shutting down the business for good, we realized that this was not the worst possible thing.  We had lived alongside others who had endured much worse.  One guy had to sell his business because he and his wife were getting a divorce.  Another man was watching his fiancé slowly die of cancer.  Three marriages close to us had been shaken because of unthinkable betrayals.  Even in these tragic circumstances, there was always the hope of Christ.

Thankfully, all we were facing was the loss of money.  Our marriage had been strengthened through the trials.  Our children were healthy and happy.  Our baby had not died but lived because of the C-section.  We were so blessed!!!!

Admitting that this dream really was dying was also admitting that we had heard God wrong. That He really hadn’t wanted us to buy Signarama in the first place.  Perhaps we had made a huge mistake and had gone woefully off course, wasting our time and money, moving backwards rather than forwards. 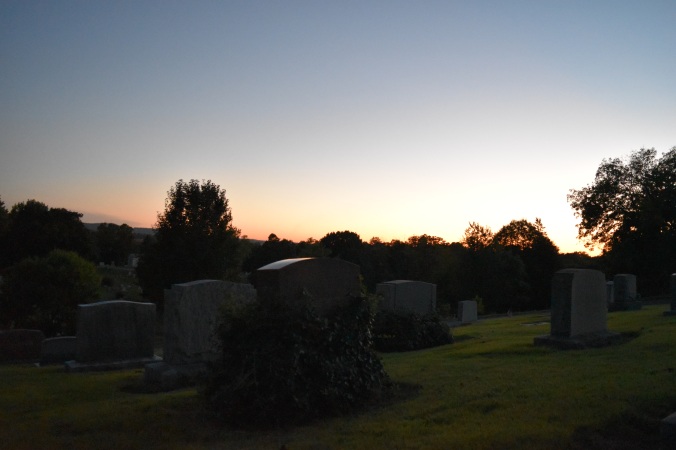 Or perhaps God really did speak to us, but we just misinterpreted what He was saying.  Wow, we had seriously misinterpreted!  In fact, we had no idea what He was doing right now, or what He was going to do!  We admitted to each other that we didn’t know much of anything anymore.

How incredibly freeing that was!  We could surrender to God’s will, even if that meant losing everything we had wanted and worked for…because we knew that He was still good and that He still loved us.  We could surrender our “knowledge” and trust in God’s superior wisdom.

The possibility of Signarama being lifted off of Chris’ shoulders gave him a hope that he hadn’t had in a long time.  Perhaps he could finally be free of all the responsibility and the hassles and the long hours.

I began reading Me, Myself, and Bob by Phil Visher (the creator of Veggie Tales) during this time, and what a comfort it was to me!  Phil had a big dream like we did.  He had a huge success, and then the most colossal failure!  The grand scale of his failure sure made me feel better about our own.  But what was really striking about his book was the fact that he was actually THANKFUL for his failure because it brought him closer to God.

During some of his darkest hours, Phil was listening to a recording of a sermon and the preacher said, “What does it mean when God gives you a dream, and he shows up in it and the dream comes to life, and then without warning, the dream dies?  What does that mean?…It may mean that God wants to see what is more important to you – the dream or Him.”

This set Phil on a path to find God, to walk with Him as the men of old did.  Noah was able to fulfill the dream of building an ark after 500 years of walking with God.  Phil realized that during the frenzied years of “Veggie Tales”, his life was about working hard to meet deadlines and putting out new shows and new products.  He had spent very little time listening or seeking the voice of God.  It took failure for him to realize that, “the Christian life wasn’t about running like a maniac; it was about walking with God.  It wasn’t about impact; it was about obedience.  It wasn’t about making stuff up; it was about listening.”

Phil also said, “God has taught me to focus not on results, but on obedience.  Not on the destination but on the journey.  He loves you even when you aren’t doing anything at all.  We really shouldn’t attempt to do anything for God until we have learned to find our worth in Him alone…and God is enough for you.  But you can’t discover the truth of that statement while you’re clutching at your dreams.  You need to let them go.  Let yourself fall…and falling into God’s arms – relying solely on His power and will for your life – that’s where the fun starts.  That’s where you’ll find the ‘abundant life’ Jesus promised – the abundant life that doesn’t look anything like evangelical overload.  The impact God has planned for us doesn’t occur when we’re pursuing impact.  It occurs when we’re pursuing God.”

I heard of the voice of God speaking to me through those words.

Chris and I still prayed for a miracle for Signarama.

We gave it up.

We let it die. 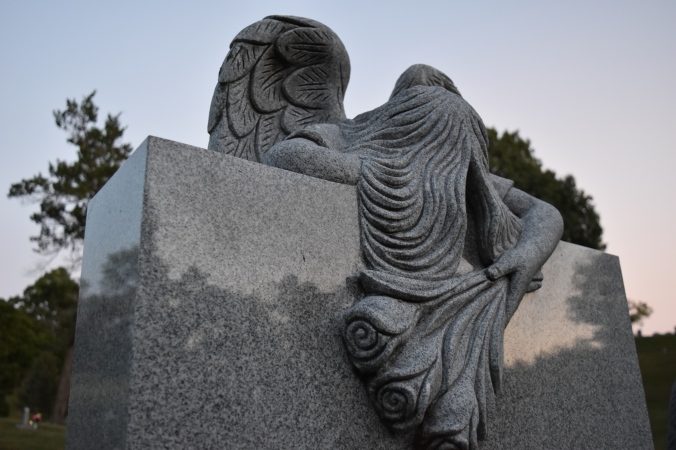 We gave up on all we had been working and fighting for, and decided that God was enough for us.  If all of this time and struggle had no other purpose than to bring us closer to God…than it had been worth it.

It was still hard to walk through the process and navigate through all the questions.

How will we tell our employees, our investors, our creditors?

What will Chris do for work?

What will we do for money?

How will be pay our bills?

(Here  is a beautiful song that described what we were feeling; The Unmaking by Nicole Nordeman.)

Our lives are about knowing God.

The only dream that matters right now is knowing God more.

When we seek Him, we will find Him.

So the death of Signarama became the beginning of a new life of walking with God.

3 thoughts on “The Death of Signarama”