Cole graduated with his class from Dauphin County Technical School at the Forum in Harrisburg last night.  His father graduated at the very same place 25 years ago.  Excitement was in the air as all the students were decked out in their sashes and cords, representing their accomplishments. 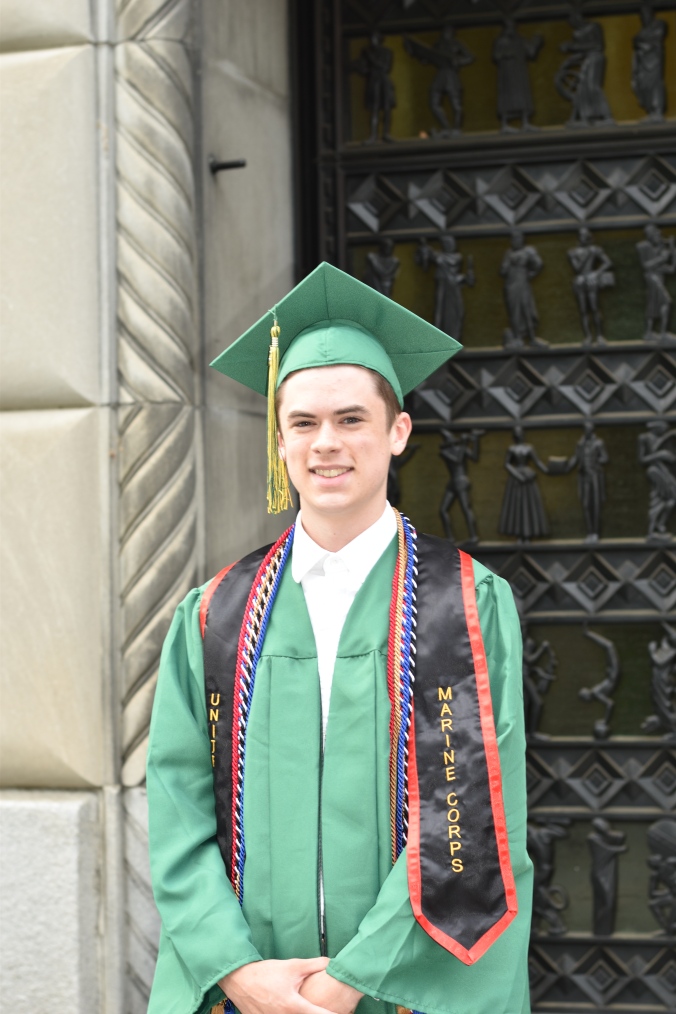 Cole was the most proud of his black and red United States Marine Corps sash.  We as his family thought that it was by far the finest piece of his outfit, representing months of hard work, representing his future. 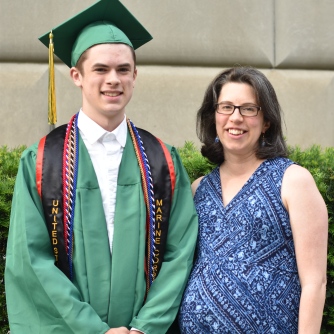 As the students got ready for the ceremony, the woman in charge told Cole and two other students that they could NOT wear their Marine sashes during the ceremony under any circumstance.

If they did, they would be denied their diplomas.  The reason?  The students who had enlisted in the other branches of the military did not have similar sashes.  Their red, white, and blue cords would be decoration enough.

Cole was quite angry with this decision.  We as his family were pretty upset as well, wishing there was a way this decision could be overturned.  However, as the seniors marched into the auditorium, no red and black sashes were visible.

The time came for each cord to be identified and each group of students to rise to receive recognition for the corresponding achievement.  So many fine students!  So many accolades for certifications, test scores, and memberships in honor societies!  Cole rose for many of them, including most outstanding Senior in his technical area.  Finally the students wearing the red, white, and blue cords were asked to stand for their commitment to the armed forces.  Applause and clapping erupted!  Many people stood to their feet!  Our family was up, cheering our hearts out.

Although the roaring applause did last four times as long as the applause for any of the other cords, it did not last forever.  Still it was a moment in time that will live in my heart for eternity. A defining moment.

Patriotism is not dead!

Commitment and sacrifice for your country means something! Something that our lives and freedoms depend on.  We feel that gratitude in our very bones.

I hope he always remembers that we are so, so proud!