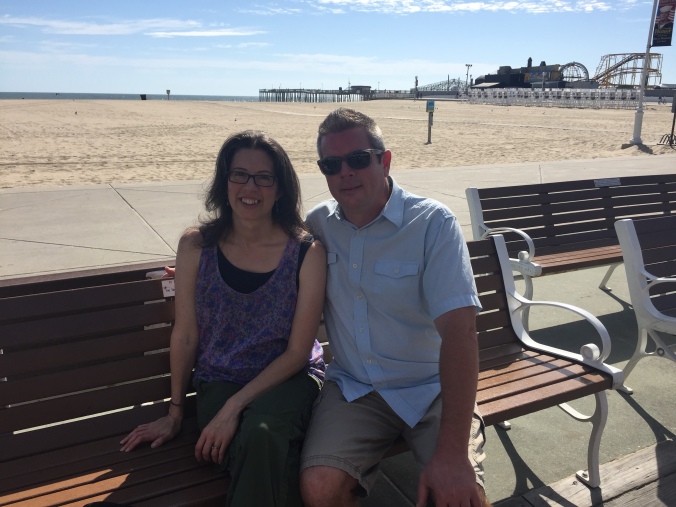 Chris and I celebrated our 21st anniversary on August 3rd.  It is always so hot in August, and we are not fans of heat and humidity.  Why did we pick August to get married, we ask ourselves?  Last year we celebrated our 20th on the hottest day of the entire year!  This year we decided to wait until October.  God provided a beautiful beach getaway at Ocean City, Maryland, and it was lovely!! 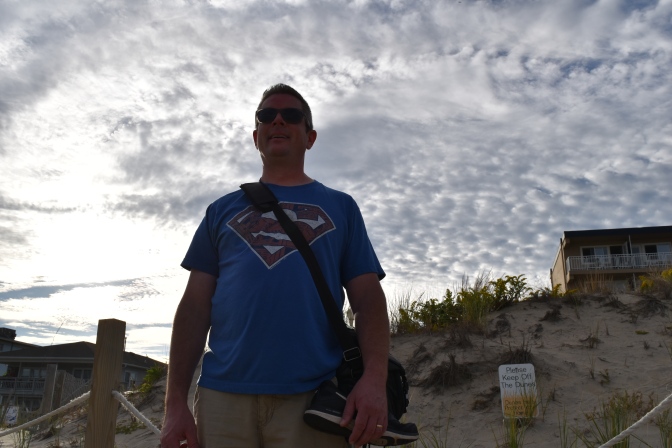 I have only been to the beach a handful of times in my life.  Florida when I was a preschooler.  Ocean City, New Jersey when I was in Elementary School.  The beautiful white sand beaches of Belize after I graduated from High School.  Brigantine Island for our honey moon.  Duck, North Carolina with the family 6 years ago.  This time I think I really understood why people return again and again.

First we decided to walk on the beach and then the boardwalk to see what we could see.  We ended up walking 68 blocks that day and night, because we didn’t know much about Ocean City. 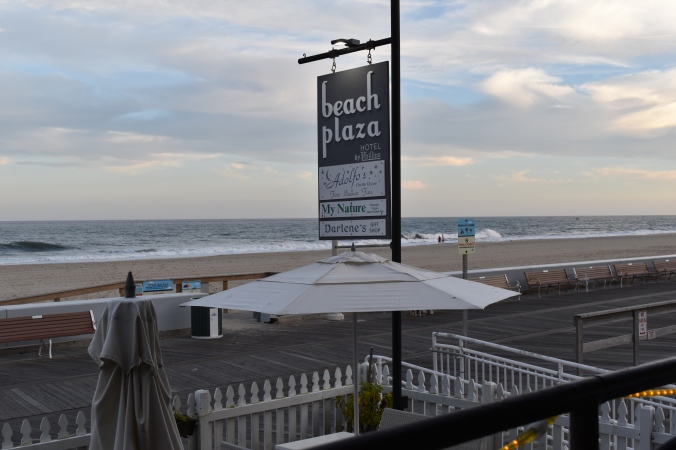 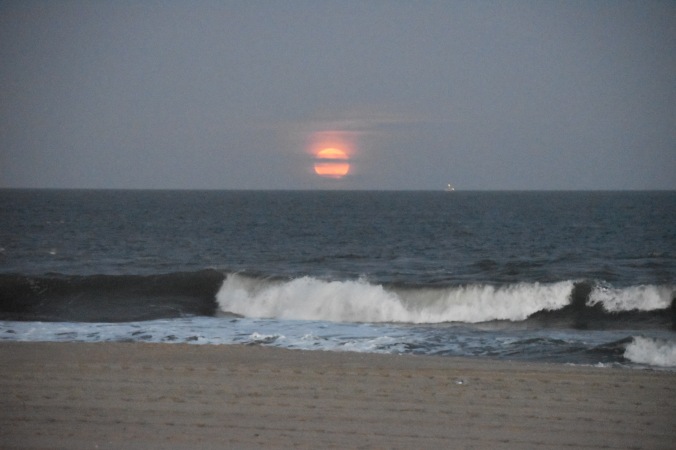 The next day we decided to drive rather than walk.  We drove to the very end of the board walk which was the most exciting part. 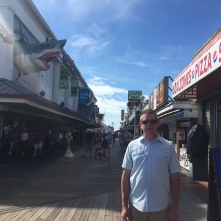 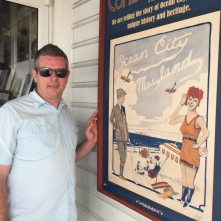 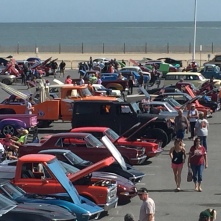 We saw lots of little shops.  We saw hundreds of fancy cars in a car show.  Chris got some Boardwalk fries and frozen custard.  We went to the Life Saving Station Museum.  It was amazing to learn about the men who would patrol the beaches at night, looking for ships in distress.  The accounts of rescues touched me deeply.  The men would risk their own lives, work for hours in freezing temperatures and horrible weather, and think of nothing else except the person they were trying to save.

“That is like you, Jesus.” I prayed. “Give me your heart for your people in distress.  But how do I save them if they don’t even know that they are dying?”

Later we ate a delicious meal on our balcony overlooking the bay.  Then we walked on the bay as the sun began to set. 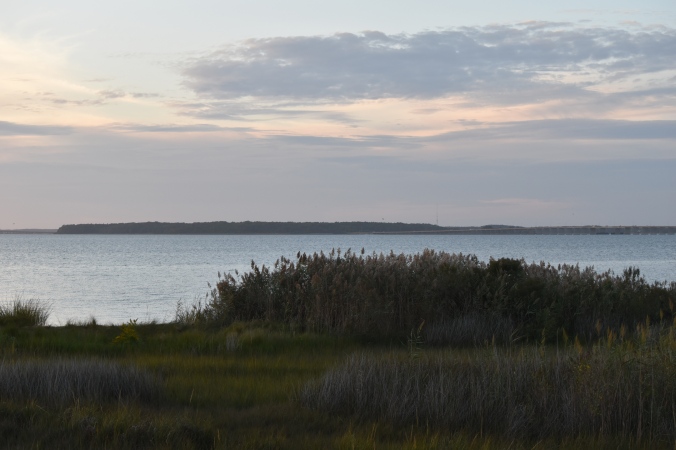 It was my first sunset on the bay… 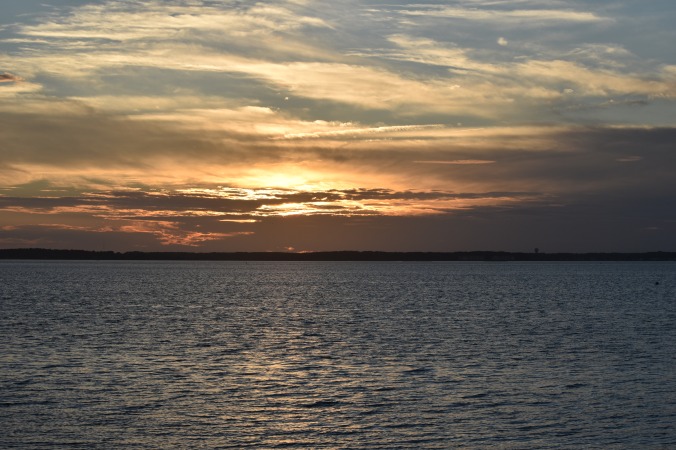 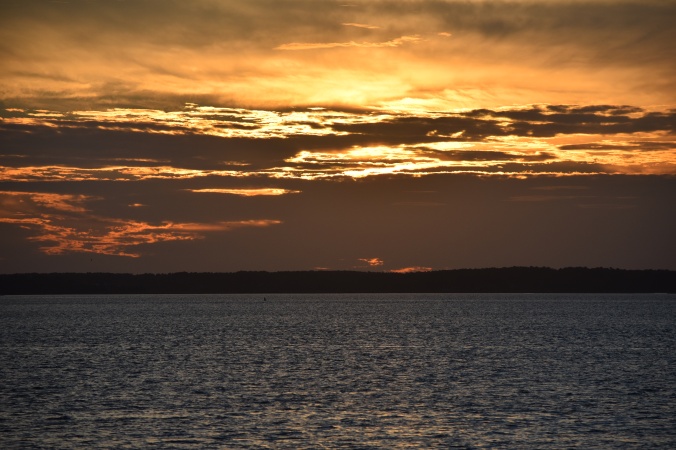 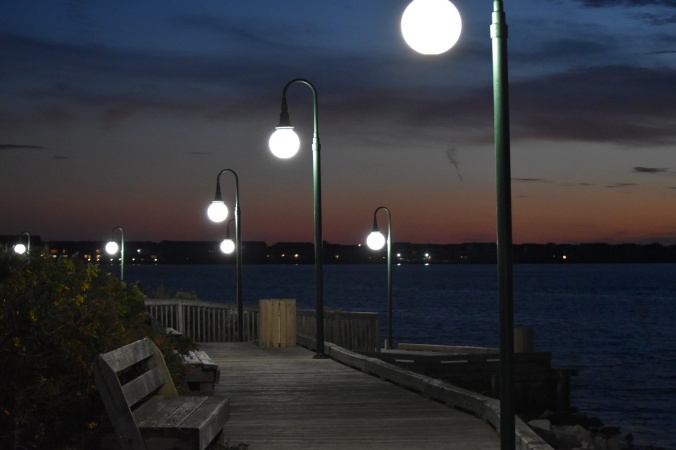 The next morning we woke up early and walked to the beach one last time.  The sun was about to rise.

I was surprised by all the other people gathered, watching the horizon.

There is the first bit of sun peeking over the ocean!  My first sunrise on the beach.  We watched as it rose quickly into the sky.

We shared the beach with the trucks and the morning fishermen.

And a woman doing acrobatics. 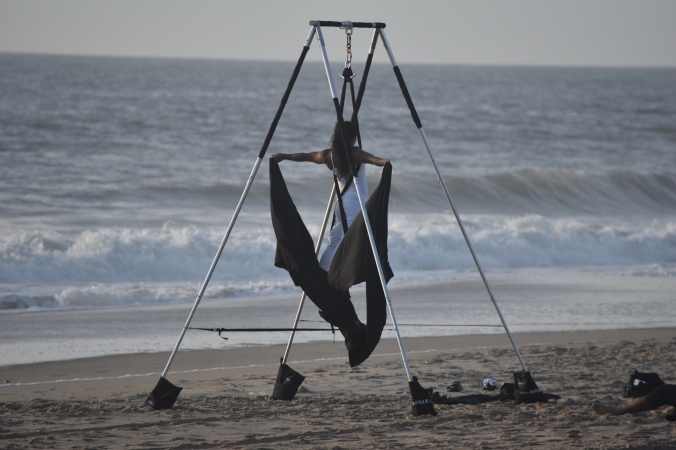 I could feel His presence in the wind that carried the birds.  As we walked along the edge of the water, I could hear God’s voice in the waves.  They were unrelenting and drowning out all other sounds.  I can see why people love it here.  Away from the rest of the world.  Encounters with God come loud and clear. 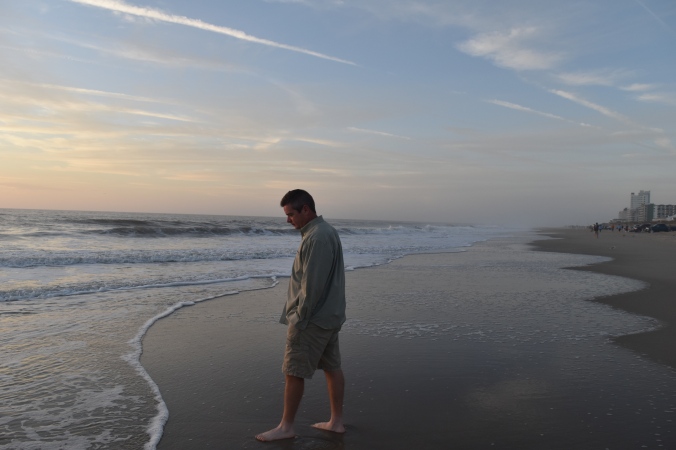 I am struck by how God reveals himself in His creation.  He is like the ocean.  Unpredictable.  Just when you think you have figured out where to walk to just get your feet wet, a large wave comes and gives you more seawater than you had bargained for. Uncontrollable.  The waves push and pull and can’t be stopped. 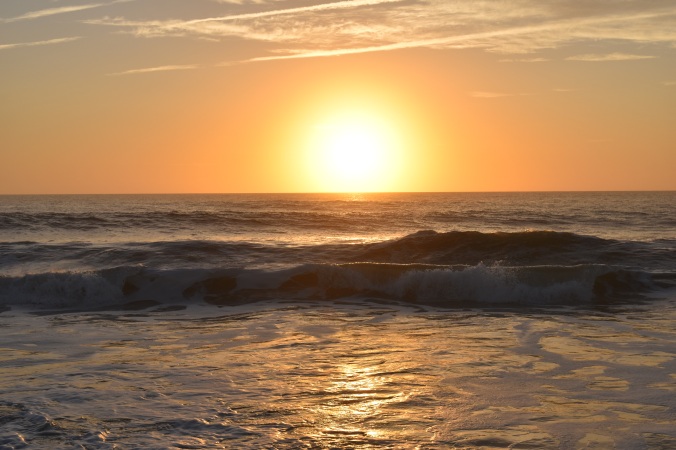 5 thoughts on “Our 21st Honeymoon: A Moonrise, A Sunset, and a Sunrise”